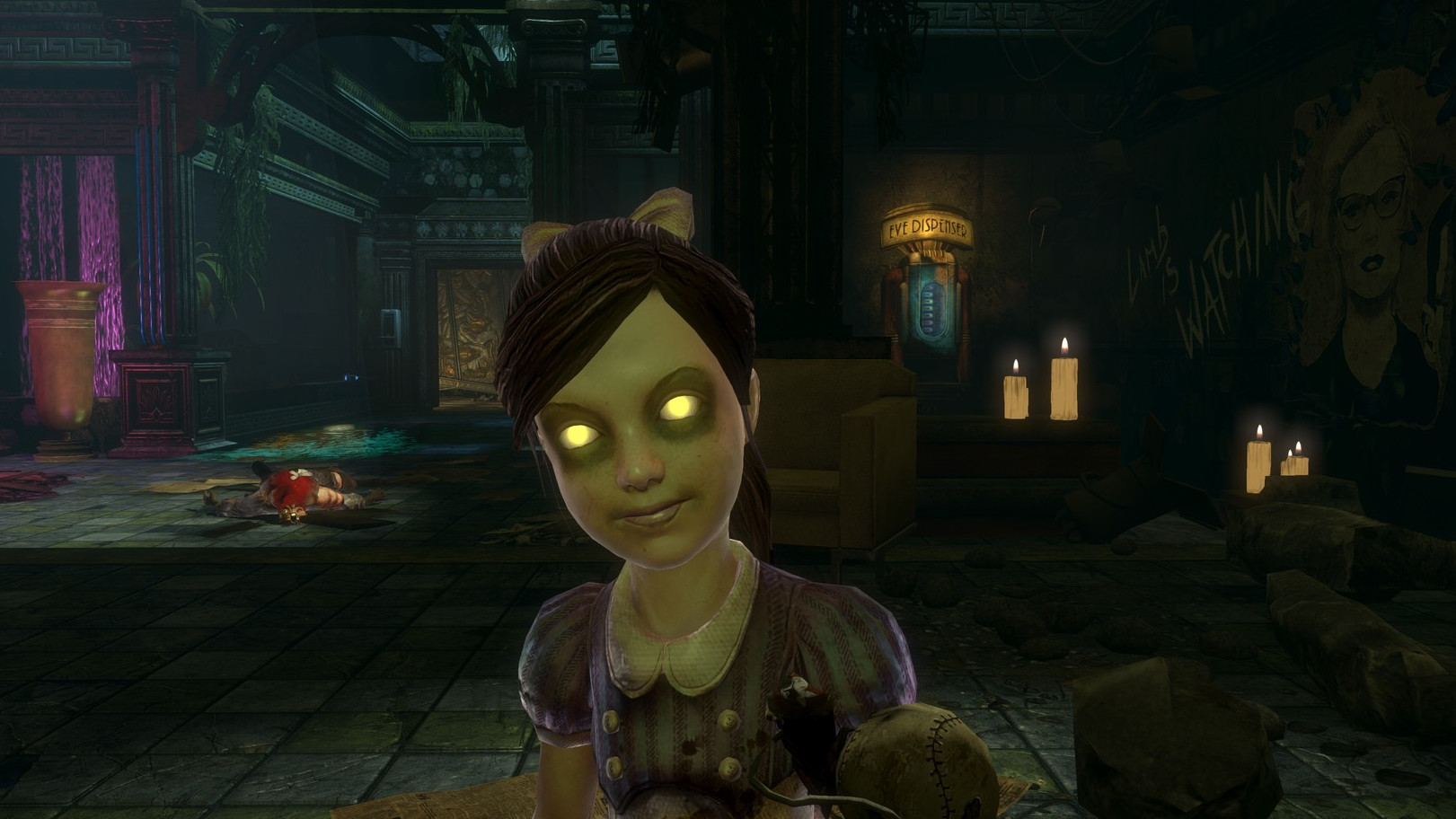 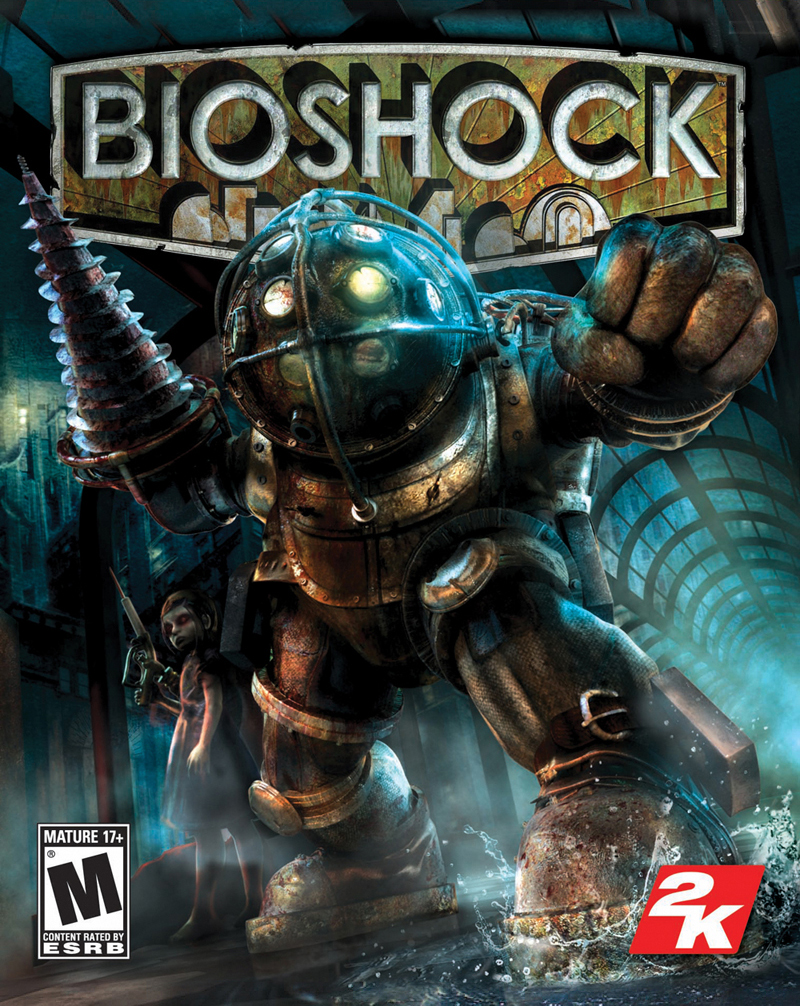 Almost a decade after the release of the acclaimed System Shock 2, its legacy was reborn in the form of the first BioShock. If you’ve played SS2, BioShock won’t feel too alien at all, though it is more forgiving. It has an excellent story (up until the end), a world filled with exploration (up until the end), and clunky but still enjoyable combat (up until the end). Both games take place in a crumbling oasis amidst an uninhabitable environment. Where System Shock 2 is set aboard a spaceship host to a deranged crew and a lunatic AI, BioShock’s city of Rapture was built at the bottom of the ocean and, you guessed it, its populace grew mad and began trashing the place. For whatever reason, be it the production value or even just the time difference, BioShock’s environment feels far more hostile than that of System Shock 2. Rapture’s crumbling walls are truly felt, lending a great amount of tension to the otherwise mostly relaxed pace of the story. Its main weakness is its combat. Despite the array of weapons at your disposal, none of them feel that satisfying, and most of the encounters can be easily defeated in a plethora of different ways. Turrets, security cameras, and drones can all be turned to your aid by way of a hacking minigame that is, with the help of a few stat boosts, fairly easy to defeat. In short, if you can get past the mediocre combat, BioShock has a lot to offer from its well-crafted story and level design (up until the end). 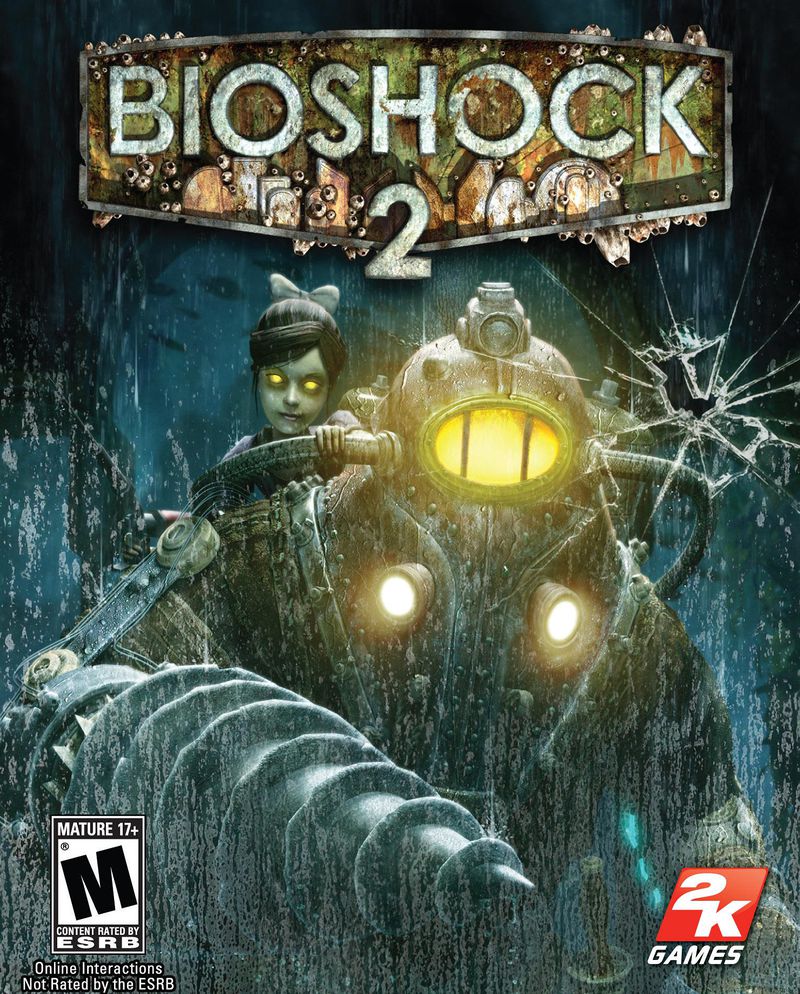 BioShock 2 follows quite faithfully in the footsteps of its predecessor. It places a greater focus on its combat and gameplay instead of its story, but the story doesn’t suffer too dearly for it. 2 places you in the shoes of one of the most menacing enemies from the first game, the armored Big Daddy featured on the cover, and this, of course, greatly affects the way the levels and combat are designed. The combat is a lot weightier with more industrial weapons, such as the Rivet Gun, rather than the more generic FPS arsenal featured in the first game. Despite the more unique weaponry, it still has a somewhat flat feel to it (except for the drill). The Plasmid powers from the first game are featured again here, but are significantly improved in both form and function, probably the greatest improvement to the combat system found in 2. The level design is still great, but it doesn’t feel as functional as it did in BioShock 1, likely a side effect of accommodating a bulky metal suit in all of the levels. The story, as mentioned before, isn’t as strong as it was in BioShock 1, but it is still well-told and effective in the game’s still-amazing and tragically beautiful setting. The massive improvements to the gameplay at the cost of a minor hit to the story makes 2 my favorite of the series. 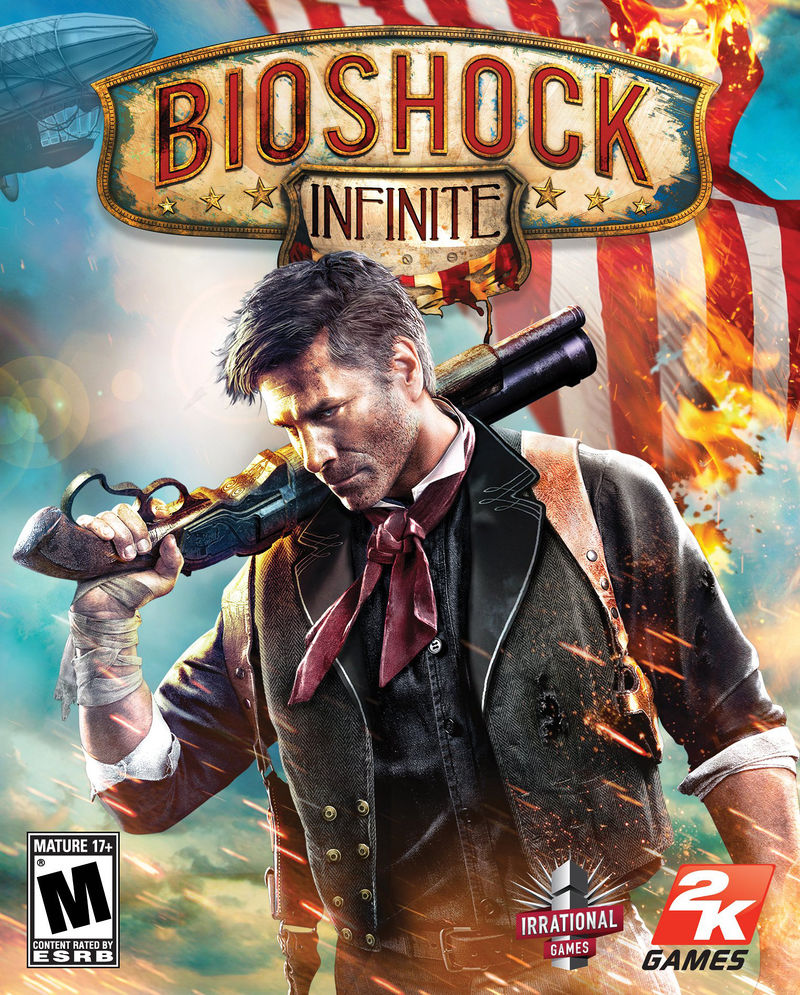 Bioshock Infinite is an extreme derivation from the prior two entries to the series. As can be seen by the cover, Infinite does not take place in the underwater dystopia of Rapture like BioShock 1 and 2; it instead takes place in the flying city of Columbia. The city is, as always, beautifully designed, but the same cannot be said for the game’s levels. To put it simply: they suffer from chronic linearity. Gone is the exploration, the incredible variety of ways in which encounters could be defeated. The combat is much more fast paced and streamlined to the game’s detriment. While you do still have a modest arsenal of Vigors (Inifinite’s re-branded Plasmids), you won’t have much time to plan your strategy as the waves of enemies will keep coming and coming with a precise fix on your position at almost all times. In addition to this restriction, you are now restricted to carrying two weapons at a time, having to throw away one of them to pick up another. There are also only eight Vigors total, far fewer than the Plasmids and passive abilities unlockable in BioShock 1 and 2. Despite the game’s vast array of cuts and tinkers to the BioShock formula, there are still holdovers from the previous two games which no longer make a lot of sense in the context of Infinite’s story. The last few hours suffer from a scarcity of ammunition and a general deterioration of sense in the plot. While Infinite’s story is still decent, Columbia is nowhere near as compelling and lacks the depth (pardon the pun) that Rapture had.