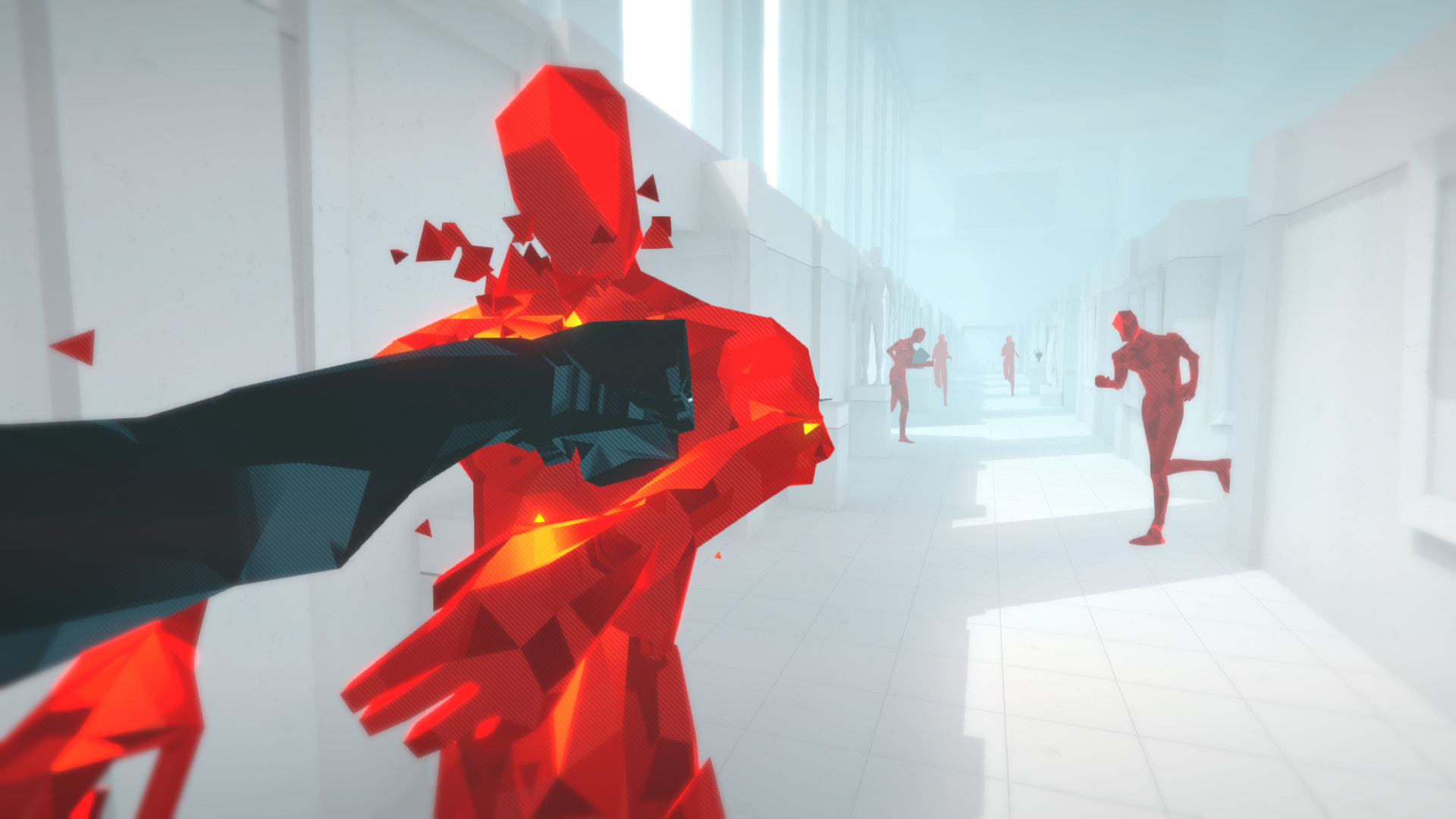 SUPERHOT is an indie sci-fi FPS released in 2016 by SUPERHOT Team. After a long wait, it certainly lived up to my expectations. SUPERHOT employs a very simple design: a standard FPS with one-shot kills, but where time only moves while you move. If you stand still, everything else slows to a crawl. If you start moving, the world around you starts moving as well. This mechanic is very well-implemented and it leads to an entirely new dimension of gameplay. Because of the fact that all shots kill you instantly, you have to be careful and plan your movement carefully. Moving slowly can allow you to dodge bullets, but you can easily be overwhelmed by multiple enemies if you take levels too slowly. In terms of gameplay, the SUPERHOT Team hit the nail square on the head.

The main storyline of SUPERHOT isn’t too satisfying, partly due to the game’s length. I completed my first playthrough of the main story in about 2 hours, and most of that was focused on gameplay. This isn’t a bad thing, but it’s something to be aware of if you wanted an intricate storyline here. The story segments are separated wholly from the gameplay, sometimes making them feel merely like padding. That being said, most of the levels also have (extremely) hidden secrets that reveal much about the lore and nature of the reality presented in the game. Finding these secrets can be a fun challenge to learn more about the world, but the main story track is somewhat underwhelming.

SUPERHOT’s visual style is easily one of its strongest aspects. The 3d gameplay segments use a simple and sterile aesthetic of white, red, and black. The static environment is white, with gentle texturing on all objects. Weapons, pickups, and enemies have low-polygon models with simple shading to add depth. Weapons and pickups are black, and enemies and bullets are clearly red. Having this clear contrast between the enemies and their environment is invaluable when assessing how best to approach the levels. Seeing bullets clearly is also important as you can dodge them while time is slowed. The menus and story segments take place in an old-style black-and-white terminal displayed on a CRT monitor. This aesthetic is also done well and lends some license to the storyline.

In terms of performance, I found no issues with SUPERHOT. It seems to be optimized well, but the options menu is somewhat lacking. Not that much customization is possible, and the striped filter present on every level of gameplay can’t be disabled. Its presence isn’t obvious at first, but it began to irk me near the end of the game due to it blurring parts of the screen.

SUPERHOT is deceptively simple both in visual style and gameplay. It presents a new take on the traditional FPS model with a full complement of challenges to the player, complemented with high-contrast, clean visuals. The story may be lacking, but there’s plenty to be unearthed for the die-hard SUPERHOT fan. It’s the most innovative shooter I’ve played in years.